A dog with worms is usually not a reason to panic, but it is an inconvenience most dog owners hope to somehow avoid. It is unpleasant to think that your best fur friend has worms inside his or her body, but it is more common than most dog owners think, and it is great to know the signs to look out for that might indicate that your pup has gotten infected.

The earlier you discover and diagnose worms, the quicker you can start treating worms so that your fur buddy can get back to their normal and happy self. Some worm types are more common than others, and some may cause more severe effects, and the best thing you can do for your pup is to educate yourself on the subject so that you know what to expect.

Why Do Dogs Get Worms?

Some areas have a bigger problem with worm infestations than others, making it likelier for a dog to contract worms if they live in one of these areas. Climate plays a big role, and places, where the ground freezes properly at least once a year, will generally have less worm-spread than cities, towns, and zones with warm weather all year round.

Worm eggs can stay in the ground for several years if there are never any truly cold winter days, and this is backed up by statistics showing how many dogs get worms in warm areas, compared to how many infected dogs there are where it is cold.

The most common way for worms to spread is through the stool of another dog, one that is already infected, and your dog can get it by eating infected stool or soil, or by licking its own paws after having stepped in either of the two. This, of course, means that it can be very difficult to prevent your pup from getting these slimy and very much uninvited intestinal “guests,” but it also points out how normal it is, and in most cases – easy to treat.

There is not just one type of worm that can move into the unsuspecting bodies of our best fur friends, and it may be good to have an idea of what the different types are, and how they affect the well-being of your four-legged friend. Below is a list of the most common worm types, both in the United States and abroad, and a veterinarian can help determine what sort of worm your dog has gotten stuck with.
+ Hookworm + Whipworm + Roundworm + Tapeworm + Heartworm

Hookworms are not usually seen in the stool or with the naked eye, and a veterinarian needs to test stool samples to be able to determine if your pooch has them. Common symptoms in dogs with hookworm are pale linings of the ears, nostrils and lips, unusually dark stool, diarrhea, and severe constipation. In severe cases where the hookworm makes its way into the dog’s lungs – coughing may occur.

It can be fatal for young puppies; who can contract the worm through their mother’s milk, and sudden deaths in young puppies are often suspected to be caused by hookworms.

The whipworm, on the other hand, can be difficult to diagnose for different reasons. They lay eggs very irregularly, and since the diagnose is made by looking for eggs in the dog’s stool, it is a worm that is easy to miss.

Dogs that have persistent diarrhea are therefore often assumed to have whipworm, and given worm treatment, and if it works – it means it was whipworm, and if it doesn’t, other potential explanations and treatments are explored.

The spaghetti-like roundworms are brown or white in color, and longer than other common dog intestinal worms. They are perhaps the worms you are the most likely to see with your naked eye; in a dog’s stool or vomit, as they are long enough to be easily spotted.

Dogs get roundworm either from their mother as puppies, or due to the environment they roam around in (other dogs’ stool, contaminated soil etc. etc.), and it is treated with a 3-day course of worm medication.

Tapeworms regularly break into smaller fragments, which can become visible in dog stool and vomit. It may look like small corns of white rice, and you could potentially catch them moving about – leaving no doubt you are dealing with a worm infestation.

If your dog starts scooting around on the floor; dragging his or her behind across your favorite carpet or couch, then you might want to start suspecting tapeworm. It is a very common worm type in dogs all ages, and they can be acquired by ingesting infected adult fleas, or after being in contact with other tapeworm infested animals (rodents and birds included).

Heartworms are the most feared worm type, due to the health complications that are likely to come with an infestation. It is because of this that dogs in high-risk areas receive preventive heartworm medication every month, to avoid ever contracting the often-lethal intestinal parasite.

The heartworm is spread through mosquito bites; and the adult worm lives inside the dog’s heart or in the lung vessels, causing severe symptoms that may lead to congestive heart failure.

There is a treatment to receive, but the best way to protect your dog is by providing preventive medication throughout the year. A veterinarian can orient you regarding whether this is necessary for your area.

The tricky thing with worms is that you don’t always notice them being there. It can take several weeks for the symptoms to start to show, and you might not become aware until the worms have already reached an advanced stage in their development.

The symptoms will also vary depending on the worm type, but common signs are persistent diarrhea, unusually dark stool, irregular bowel movements, lack of appetite, unexplained weight loss and a pot-bellied appearance; and some worms may cause coughing as a result of the worm having reached the lungs or heart.

If you suspect your dog having worms, then you should write down everything you think might be a symptom, and preferably collect a stool sample, as these two will help your veterinarian determine what type of worm your dog has, which will make it possible to initiate treatment sooner.

The sooner you act, the better, so be vigilant of small and subtle symptoms or changes in your dog’s physique or behavior.

Worms should always be diagnosed by a veterinarian, as it is not a good idea to start experimenting yourself with treatments. Giving heartworm preventive medicine to a dog that already has heartworm, for example, can cause irreversible damage and even death, which is why it is crucial to let a skilled veterinarian provide a proper diagnosis before initiating treatment.

The most common way to treat worms is with flavored chew tablets, that can be administrated as regular treats. Some treatments can be administered through a shot at the veterinary office or added directly to the skin the same way topical tick and flea treatments are used. Which medication your vet will recommend depends on the type of worm and on the dog that will be receiving the treatment.

How to Prevent Worm Infestations

This, again, depends on the type of worm and the area you live in. For heartworm – the most severe worm type – the best preventive method is the monthly heartworm pill since it is spread by mosquitos and the medication helps eliminate eggs and larvae before they reach the adult stage. Other ways to prevent worm infestations is to stop your dog from eating dirt and sniffing the left-behind stool of other dogs and to pick up after your own dog both on walks and in the backyard.

Regular baths and grooming are also beneficial when fighting worms, especially if using a quality flea shampoo, as it will remove any parasites that might have been picked up during a walk, and eliminate worm-carrying fleas and other creepy crawlers. Other than that, the best thing you can do for your pup is to take him or her for regular check-ups at the vet’s and to be vigilant of any symptoms or signs of worms being present.

Worms – Can Humans Get Them?

Some worms can be transmitted to humans, but in most cases, it is rare and unlikely. Humans can get worms, but that you would get it from your dog is not very likely at all, even though it does happen occasionally.

If you are worried, you can always make sure to wash your hands regularly (this should be common practice with children), keep your dog groomed, your backyard clean and avoid touching soil where your pup usually goes number 1 or 2.

It is all a question of hygiene and prevention, and you can bring it up with your vet if preventive deworming could be a reasonable option for you and your pup. 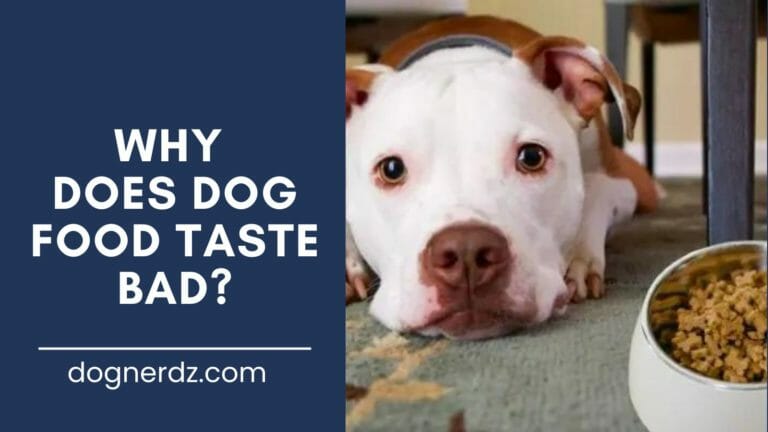 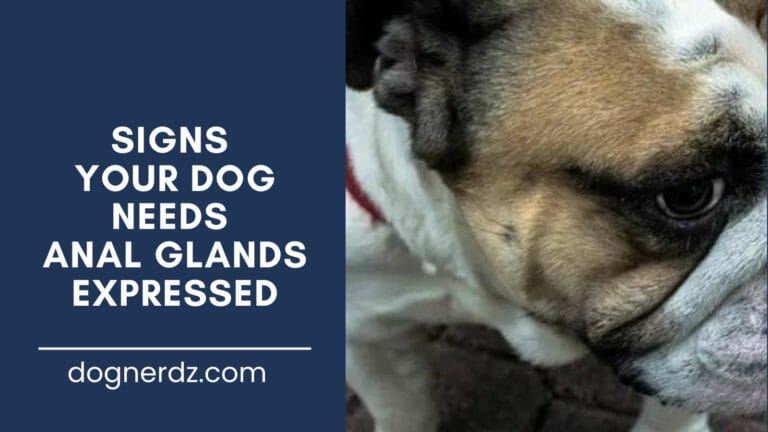 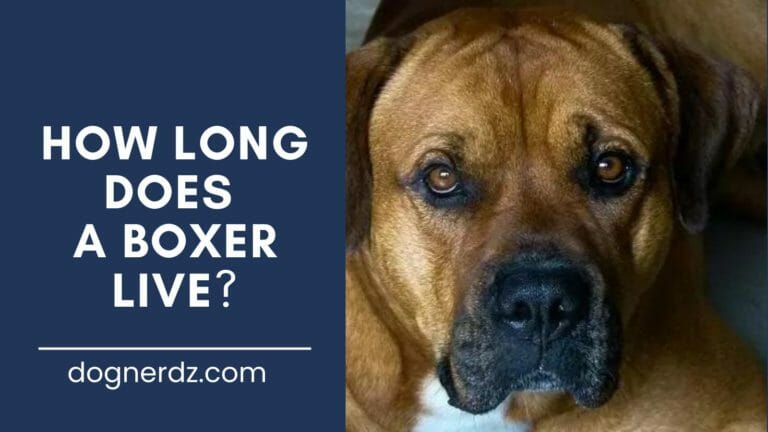 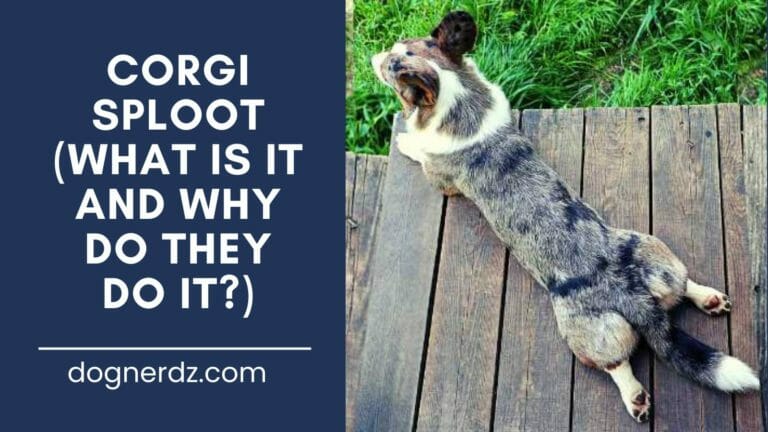 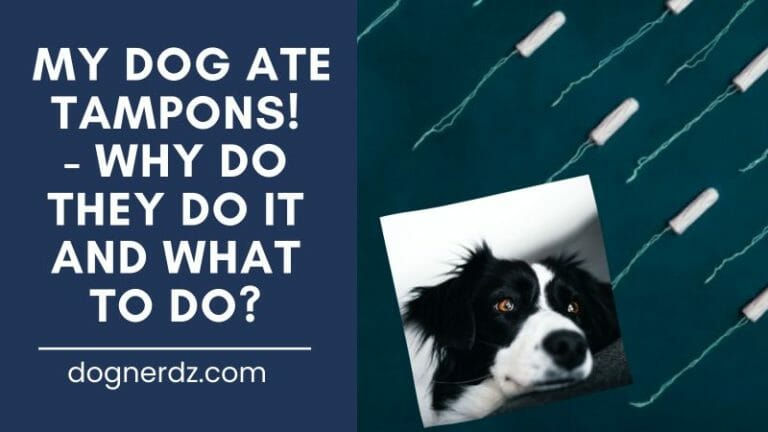