Dogs are the best animal companions that people could ask for. They are loyal and protective towards their owners. But sometimes, they can do things that we don’t immediately understand.

We need to learn what they are trying to convey with their acts. One such behavior is how they lay around your feet while they are resting.

Since we can’t verbally communicate with our pets, we have to determine their condition and needs through their behaviour. In this article, we will explore why dogs lay on your feet and what it means.

Reasons Why Dogs Lay On Your Feet

Why do dogs lay on your feet? It is a mystery! There are as many theories as there are dog owners.

Regardless of why dogs lay on your feet, there is no wrong or good reason as long as it is beneficial for the dog. At first glance, these actions might seem random, but if you pay attention to what the dog is doing, you will begin to understand what they’re trying to tell you.

Let us look at some of these reasons thoroughly.

While most dogs are domesticated, some things are in their DNA. Like how a baby instinctively knows where to feed even though it can’t even see much when it is born. Or how animals know how mating works even though they may have never seen it being done before. It just comes to them naturally through their instincts that are ingrained in their DNA.

When a dog lays at your feet, it might be because of its animal instincts. In the wild, dogs are pack animals. They stick close to one another, and this shows up in their behavior. There is a hierarchy in the pack system with an alpha that the rest of the pack follows.

When an alpha rests, the rest of the pack rests by his feet as a sign of respect to his authority. This behavior can be witnessed in domesticated dogs as well. There is no pack mentality in them, or at least that is what it seems like. We are the dog’s pack, and as their owner, we are their alpha.

They mimic their pack mentality and, as a sign of respect toward us, their alpha. They lay at our feet when we are seated or lying down. If your dog lays at your feet, then it just wants you to know that you are its leader, and it will follow you anywhere. It respects you and depends on you.

Earlier, we explained how even domesticated dogs are pack animals by nature. In some cases, however, the reason for their behavior might be completely different. For example, dogs can be very possessive, even more than humans. For a dog, their owner is theirs, and they will go to great lengths to show that.

One sure sign of possessiveness is when they lay or sit by your feet. This is to show everyone else that this human is theirs, and they will not share them with anyone. This behavior can become excessive at times, such as when the dog jumps into its owner’s lap to show its possessiveness.

This is a form of asserting dominance over things. But it is nothing to be alarmed about.  This is quite normal in many dogs and should not be taken seriously unless the dog becomes hostile towards others when they are like this.

Just like you own your dog and think of them as your good boy, your dog also believes that you are their human. Therefore, they stay by your feet to protect you from danger because you are theirs. That is why some dogs can be highly protective of their humans when they are out for a walk.

When you are walking around with your dogs, they might bark if other dogs approach you. However, that will not always be the case. If your dog is used to socializing, it will be friendly with everyone. But the moment another human or animal shows aggression toward their owner, their instincts will kick in, and they will show it.

This goes both ways. Your dog might be seeking protection for themselves while they are lying at your feet. For them, you are their protector, the one who provides them with food, and their pack leader. In the wild, dogs would turn to their alpha for those purposes. However, you are the alpha of your domesticated dog, so they will come to you when they need protection.

Your pet dogs trust and rely on you with their care, so it is not a surprise they trust you to protect them as well.

Sometimes, there is no meaning behind a dog’s actions. They are just doing it to show you their love and affection. Everyone has a different way of showing love to their close ones. This is pretty much the case for all animals and even humans.

Cats sometimes hunt birds and bring home small animals as gifts because they love us and want to feed us. It might also be because they are giving us the animals as offerings, but it is mostly meant to feed us, as we are just as much as theirs as they are ours. So they are showing gratitude by hunting animals for us.

In dogs, lying by or on your feet might just mean that they are showing affection. They may not have an ulterior motive for doing it. They are just thanking you and showing you how much you mean to them by lying close to you. It is your dog’s way of telling you that he loves and trusts you with all his heart.

When you have kids of your own, your priority would be their safety. Next, you would want to know where they are and whether or not they are safe. This habit is present in humans and animals alike. Finally, you want to keep track of the ones you love and know how they are doing.

We Think You’ll Like: Best Dog Breeds for Kids

Dogs act similarly by lying at your feet. In this way, when you move, they will sense it and know that you are going somewhere. Knowing your whereabouts gives them a sense of comfort.

Not all dogs need to do this. They have an acute sense of hearing, so they can tell if you are going somewhere from a distance as well. But some dogs are especially very conscious about their owner’s whereabouts. That is why they never leave their feet.

When Do You Need To Worry About This

Most dogs just like to lay at your feet, so there is no cause for concern. This is entirely safe behavior, and no matter what the reason behind it is, it is out of love, respect, and loyalty to you. However, it can be a cause for concern in some cases. Let’s take a look at some of the most common ones.

We Think You’ll Like: Why Does My Dog Bite My Feet?

● If The Dog Growls At Other People

While you are the dog’s owner and have immense respect for you, they also have protective instincts. Your dog’s whole life revolves around you and your household. So if someone they don’t recognize right away approaches you, chances are they might growl at them, especially when they are lying by your feet.

This is purely out of a protective instinct, but it is not a good habit. This can be an act of aggressiveness that needs to be treated immediately to prevent it from getting worse. Observe your dog and try to discover the patterns behind why your dog does this. If you can connect the dots, you can find the reason and solve it.

Also, something to note is that dogs should always be socialized at an early age when they are still puppies. By interacting with different people, including strangers, they get used to them and don’t perceive everyone they meet as a potential threat. In addition, you can teach them how to differentiate between people you know and strangers who need to be kept out of the house.

● If The Dog Pees On Your Feet

Dogs can be very territorial, and they have various ways of showing this. Domestic dogs usually just sit near your feet or lay on your lap to assert dominance and show possessiveness. But wild dogs might pee on places to mark their territory.

If a dog is peeing near or on your feet, there might be a reason behind it. It is either due to a bladder problem or something that may have caused them anxiety. Loud noises, scolding your dog, or new people might cause it to pee here and there.

Try to address and take care of your dog’s anxiety. If they persist in this habit, then you might need to take them to a vet. If the dog is peeing near or on your feet, it might be because they have urinary tract problems. In this case, take the dog to a vet immediately for medical care.

We Think You’ll Like: CBD for Dogs With Anxiety

● If It Gets In The Way Of Your Daily Activities

While dogs usually sit on your feet to show affection, and most people don’t have a problem with it, some dogs can be clingy. This might get in the way of your chores or prevent you from carrying out your daily activities.

If your dog’s habit of lying at your feet is a hindrance to you, then it is time to train the dog to go rest in its own house. Giving dogs their own home can diminish this habit because, for the most part, they will want to go there to rest.

We Think You’ll Like:  Easiest Dog Breeds to Train

Or you can give them a bed or sleeping place that they can go to for sleeping when they are tired. This way, when you need to move, the dog will not be lying on your feet or near them and cause you any problems.

Make sure the dog house or the bed is comfortable enough for your pup. Otherwise, they will not take a liking to it. Plus, it is essential to teach them this habit at an early age, if possible. Later on, it might be challenging to train them to go to bed or the dog house whenever they want to sleep or rest.

Science has not advanced enough to translate what animals are saying to us. But through animal behaviors, we can at least learn to understand their actions. This allows us to meet their needs more effectively. It also gives us a deeper understanding of their nature.

Dogs are the close friends of humans. That is why it is even more vital for us to know how to interpret what they want. Their acts can hold different meanings, and we, as their owners and humans, must understand what they are trying to convey.

People need to understand why their pets do what they do. These acts can have various meanings depending on their circumstances. Dogs are no different because they do certain things to convey something to you. But having a dog lay at your feet is no big deal because it is just their way of showing respect and loyalty to you as their owner and leader.

It is up to you to let your dog keep this habit or change it. But just know that it is entirely harmless. If you don’t have a problem with the extra cuddles by your feet, then just let them be. 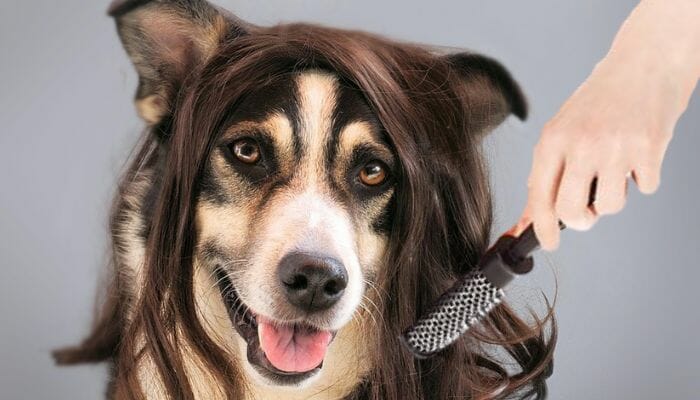 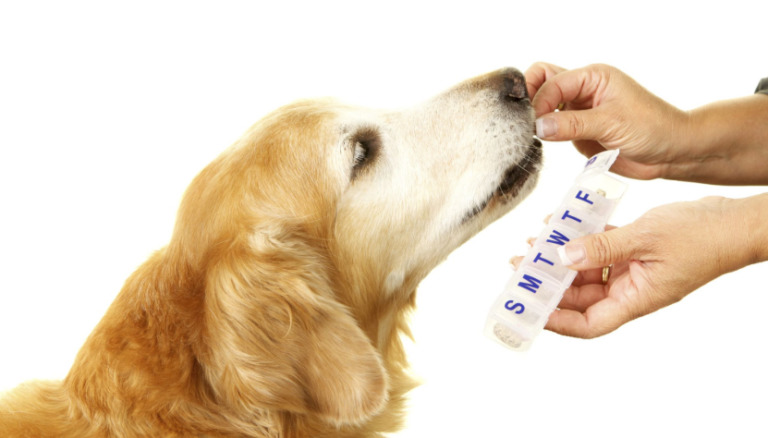 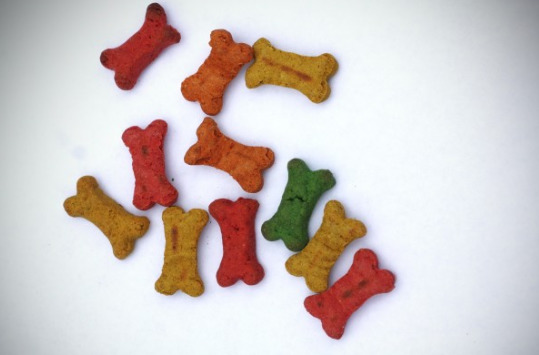