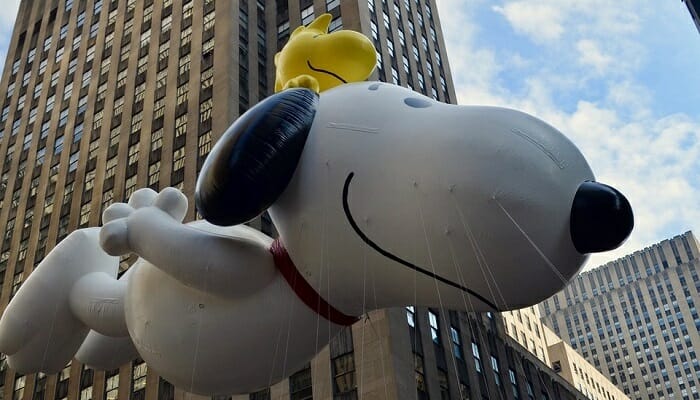 In short, when asked what kind of dog is Snoopy, most of us will find the answer to be a beagle. However, there may also be a percentage of folks who will scratch their heads thinking that other than the ears, what indication is there that Snoopy is a beagle? We will admit the black and white coloring of the Charles Schulz creation resembles the likes of a Dalmatian than a Beagle, which is exactly the kind of question we will provide an answer to today.

Why Is Snoopy a Beagle?

Our comparison of snoopy to a beagle is not just superficial, but also the temperament. Like Snoopy, beagles are loving, affectionate in real life. While Snoopy may not necessarily resemble a beagle, the Peanuts comic veteran does portray similar personality traits.

Linus plays the piano, and Snoopy graces us with his musical talents from time to time as well n the comics. Other times, the beagle dog can be seen dancing to the music with great gusto. Real-life beagles are also quite musical, although not in the same way. The working dog can sing to display their musical gifts. Known as howlers, beagles will sometimes sing to communicate their emotions. While your beagle companion may not be able to dance like their cartoon character counterpart, both dogs are musical in different senses of the word.

We Think You’ll Like: What different Dog Supplements do I need?

A Penchant for Fun

Beagles are very energetic dogs, and so is Snoopy, although we will admit they also both have their lethargic tendencies. However, it can’t be argued that you can find Snoopy getting up to some sort of activity or mischief in the comic strip, similar to what Beagle pet owners will attest to.

We can’t forget about their appetites! Snoopy and Charlie Brown often dig into delicious food in the comic strip, and the same can be said about Beagles in general. This particular dog breed loves to eat, though we will preface this by saying it also depends on each individual dog.

Both Snoopy and the beagle dog breed are known to always operate from a position of love and affection. We’re sure a ton of beagle owners will agree, showering you with kisses and cuddles is something your pet loves to do. While Snoopy may not be as cuddly, he does have his moments when any of a Peanuts character is feeling down.

Real beagles can possess a lazy streak where they laze around on the couch or in your lap. Snoopy isn’t so much a lap dog, but he does like to lie on top of his dog house and contemplate life. This has been a catalyst for a lot of Charlie Brown’s frustration sometimes when he wants to get something done or go on an adventure. However, Snoopy always ends up going along with it in the end.

We’re pretty sure that despite your beagle wanting to stay home, if you really wanted his company, he would definitely get his cute bum off the couch.

Like Snoopy the Peanuts character, beagles are very smart dogs. Considering they were bred for sniffing out game and to help with hunting, you can expect this breed to be quick on its feet and have heightened senses. Like a beagle, Snoopy has also displayed similar examples of heightened intelligence and is considered Charlie Brown’s partner in crime when they get up to mischief.

We can’t forget the unwavering loyalty Snoopy has shown Charlie Brown over the years. Much like your pet, the character is a fiercely loyal one.

This can be a real head-scratcher. Many people may struggle with the fact that Snoopy doesn’t look like a Beagle, so how did we get to this conclusion? First of all, the Beagle breed has changed a lot over the years, and pictures of Charles growing up will prove this. The Beagle decades ago had a different appearance.

In fact, it is said that Charles himself based Snoopy on his dog during childhood, which does look like Snoopy. His dog was named Spike, who had a white and black pattern with a mostly white body. When you compare an old photo of Spike to Snoopy, you can see the undeniable resemblance to his childhood dog. It’s also worth it to know that Spike wasn’t a pure-bred beagle. In fact, Spike was a cross between a hound (probably a beagle) and a pointer, which explains why his markings differ from a modern-day beagle.

If that doesn’t convince you, the long signature droopy ears make a not-so-subtle nod to Beagles. The design of Snoopy himself has also changed over the years. He didn’t always walk upright and was on all fours as Spike was.

So if Snoopy was based on a dog of a mixed breed heritage, how did anyone get the idea that the character in Peanuts is a beagle? Well, the breed was mentioned throughout the comics and Charlie Brown himself even hinted that his childhood dog is of this breed.

Other Cartoon and Movie Dog Breeds

We also thought it would be fun to name a few other famous dogs in cartoons and their non-animated counterparts. You can even make it a game and cover up the answer part of this article and try to guess the correct breed before revealing the answer.

Astro from the Jetsons – Great Dane

Charlie from All Dogs go to Heaven – German Shepherd

Itchy from All Dogs go to Heaven – Dachshund

Lady in Lady and the Tramp – Cocker Spaniel

Tramp in Lady and the Tramp – Mongrel

Pongo, Perdita and their Puppies in 101 Dalmatians – Dalmatians

Ren in Ren and Stimpy – Chihuahua

Of course, there is a great deal of other cartoon dogs and famous movie dogs, we just took some famous examples to name a few.

What breed is Snoopy the dog?

Snoopy is a beagle. While there may not have been concrete admissions of just what kind of dog is Snoopy, but there has been enough evidence over the years to safely make this conclusion. There may not be a lot of physical similarities between Snoopy and beagles, but there are a lot of common personality traits.

Why is Snoopy a beagle?

Snoopy is considered a beagle after much speculation. The main reason is it is believed that the creator of Snoopy had a dog in his childhood called Spike, that bears a strong resemblance to Snoopy. He featured the same colors of black and white, although the markings differed. Aside from this, Charlie Brown has referenced the breed throughout the comic and cartoon for people to make this conclusion.

Why is Snoopy black and white?

Charles M. Shulz, the creator of Snoopy had a dog called Spike with colors like Snoopy. It is believed that the Peanuts creator had modeled Snoopy after his own dog. Spike had a white body with mask markings of black on his face with black ears. Upon hearing that, we can make the connection to Spike and Snoopy.

Is Snoopy a boy or girl?

Snoopy is a boy. He was first mentioned in a comic on August 28, 1951, but the later date of August 10, 1968 became the more widely recognized birthday for the cartoon dog. He has since then become an iconic character and has gone on to have his fair share of adventures, even getting engaged to the lovely Genevieve.

Now you know what kind of dog Snoopy is! He may not be the conventional beagle, but his personality sure mirrors the loving and affectionate breed. The same droopy ears are undebatable and his resemblance to Charles M. Shulz’s dog Spike is also undeniable. No matter what breed Snoopy truly is, he does display the coveted traits in pet any owner would want including loyalty, love and affection.

It’s funny how much influence Spike had on the comic. Snoopy the character has seven siblings, including a brother with the name Spike. Hmm…we wonder where that name came from? 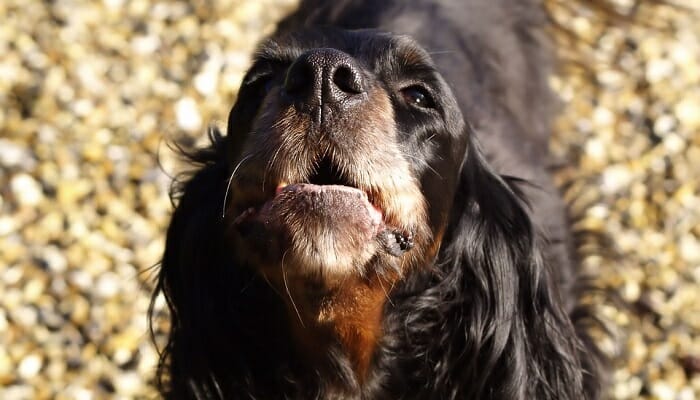 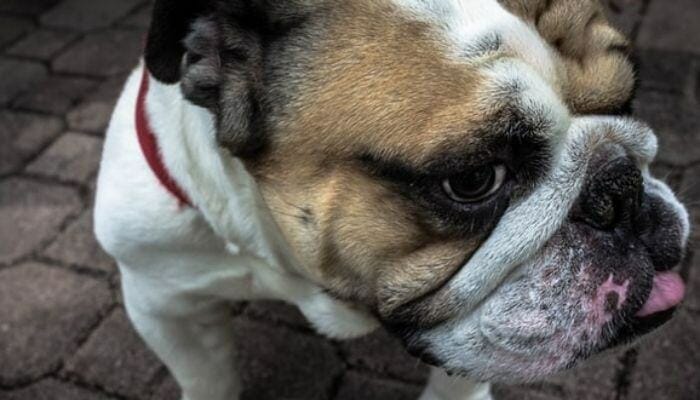