Dogs are pretty decent creatures when it comes to being loyal, but their bite can also prove lethal and get dangerous bacteria in your body. If you are trying to find what dog has the strongest bite, you are at the right place.

Kangal Dogs are large dogs and are considered one of the most powerful dog breeds. They have an unbelievable bite force of 734 PSI (Pounds per Square Inch).

Besides Kangal dogs, there are a number of other dogs that also have the most robust jaws and can cause injury with their bites. Here is our detailed review of what dog has the strongest bite along with their PSI.

PSI is short for Pounds per Square Inch. The unit of pressure tells us what amount of force is exerted on one square inch. Experts typically use it for measuring the power of dog bites. The average bite force of a dog lies somewhere around 230-250 PSI.

Some creatures have even more strength than a dog’s bite. The Nile crocodile has a bite force of 5,000 PSI. It will not only rip through your flesh, but its bite can break your bones too.

What Dog Breed Has the Strongest Bite?

Kangal dogs may have the strongest bite, but other dogs come close. Dogs such as German Shepherds and Pit Bulls also have strong bites and a high PSI. You can not find all these dogs everywhere. Although some people use them as guard dogs, not all of them generally make popular pets. Here are some of the top dog breeds with the strongest bites.

Kangal dogs are famous for having the strongest bite. Their origin is in Sivas City, Turkey, and many know them as Sheep Dogs. People use them as livestock guardian dogs to fend off lions, wolves, bears, and other types of predators.

It is no surprise that they have the strongest bite. A Kangal Dog’s jaws can prove deadly for human beings. They have a bite force of 743 PSI which is the hardest that any dog can bite. Their average life span is around 12-15 years.

Kangal Shepherd Dogs can run up to 56 km/h (35 mph), and their average weight is between 110 and 120 pounds. They have a calm, controlled, and protective nature and are friendly with children. However, they can be a threat to strangers.

American Bandogges are a mixed breed of an American Bulldog and a Mastiff. The name “Bandogs” has been popular since the middle ages. They were guard dogs originally because of their protective nature, but today, they are a domestic dog breed.

After Kangals, Bandogges have the strongest bite. They have a lethal bite force of 730 PSI. Bandogges’ nature is calm until provoked by someone. They weigh between 100 to 140 pounds.

As far as their physical being is concerned, they resemble the American Bulldog and Pitbull to quite some extent. They have a lifespan of about ten years. The American Bandogge has various breeds: the English Mastiff, Neapolitan Mastiff, Pit Bull Terrier, and American Staffordshire Terrier.

Cane Corso, also known as Dog of Puglia or Italian Mastiff, is the descendant of mastiffs like canines of ancient Rome. You can find them in the Southern region of Puglia. Cane Corsos are complex, powerful, and giant dogs and weigh up to 120 pounds.

They have a bite force of 700 PSI, which is stronger than a lion’s average bite force. Imagine being more scared of a dog than a lion! Because of their PSI, they were popular for fighting against other animals in the old times.

They have a high prey drive and a non-tranquil nature in the presence of offensive strangers. Therefore, make sure to stay away from a Cane Corso you do not know. They have an average lifespan of ten to 12 years.

Dogue de Bordeaux has another name, the French Mastiff, and it is one of the oldest Mastiff-type breeds. They have been around since the 14th century. Some people use the muscular dog to pull carts, transport heavy objects, and guard flocks.

The French Mastiff has a bite force of 556 PSI. It can quickly become aggressive if dealt with by inexperienced owners and must be properly trained. Dogue de Bordeaux weighs somewhere around 120 to 145 pounds.

As with other dogs of the Mastiff family, Dogue de Bordeaux has a massive head, muscular body, and serious expressions. The guardian dog has a fighting history and is easy to own. Dogue de Bordeaux can easily get along with cats and has a lifespan of five to eight years. The Romans used them as war dogs owing to their ferocity and strength.

Tosa Inu is a Japanese dog breed and was bred as a fighting dog long ago. However, many know them today as watchdogs. Due to their violent and short-tempered nature, they are banned in many countries such as Australia, Denmark, Germany, Norway, and Malaysia.

It has a strong bite of 556 PSI. Tosa Inus are not known to harm strangers, but it is better not to try and approach them. They can show predator behavior towards cats and small dogs.

The dogs are the largest of all Japanese dog breeds. Their other names include Tosa Ken, Tosa Dog, Tosa Token, and Japanese Mastiff, and they are very aggressive. They weigh around 3000 pounds and have a life span of ten to 12 years.

English Mastiffs are another breed of large dogs that have the strongest bite. They originated from England and are the largest living canine. English Mastiffs can outweigh wolves by up to 50 kg.

These dogs have a bite force of about 552 PSI. So, it is essential for their owners to keep them away from strangers unless well-trained.

Mastiffs generally have a shorter life span of around six to 12 years. Owners treat English Mastiffs as modern-day pets, and hence, the dogs love exercising but heats up pretty quickly. Their weight ranges from 130 to 220 pounds.

Dogo Canario is also known as Perro de Presa Canario and is a Spanish dog breed. They were ancient war dogs and are famous today for their aggressiveness. The dogs are loving and obedient, but they need tough training. With a lot of strength, they can make excellent guard dogs.

The dogs have a strong bite of 540 PSI, and their attack can prove deadly. They were initially bred as work dogs in the old days and are extremely difficult to control. Dogo Canario may need exercise multiple times a day. The dogs have a life expectancy of about nine to 11 years and weigh around 83 to 130 pounds.

Dogo Argentino is a dog breed created when combined with large dogs such as Great Danes, Dogues de Bordeaux, Irish Wolfhounds, and Pyrenean Mastiffs. The breed has excellent reflexes and is helpful in hunting. They are also good at tracking animals down in the wild.

The dogs have a bite force of 500 PSI. Dogo Argentino is easy to look after because it does not shed a lot. Other than their PSI, their fast reflexes and stature are two of the primary reasons you would not want to disturb them.

The American Bandogge has the second strongest bite with a bite force of 730 PSI and is a mixed breed of Bulldog and Mastiff. Cane Corso has a bite force of 700 PSI and weighs around 120 pounds. Dogue de Bordeaux has a strong bite of 556 PSI. These are pretty aggressive creatures and have a legendary war history. Tosa Inu is a Japanese breed, and because of its fighting nature, it is unlicensed in several countries. 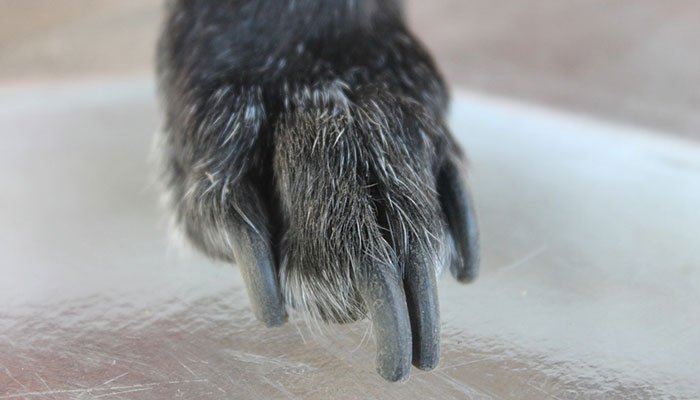 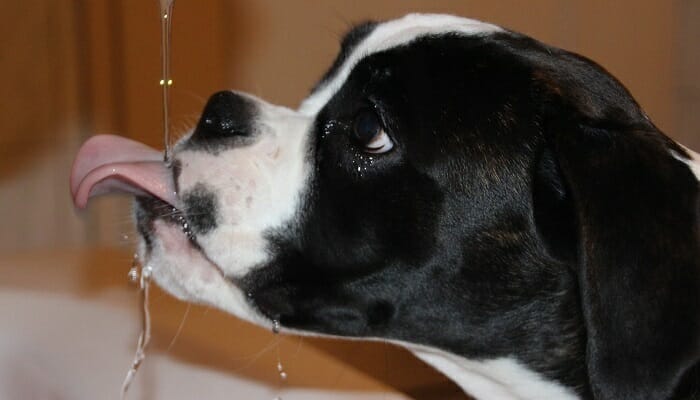