The internet is full of information about this one-of-a-kind dog, but we have tried to gather all the important facts and all the relevant info in one short article, for you to read and learn about what will possibly become your new favorite dog breed.

The Weimaraner makes an excellent family member, and they will usually do anything they can to protect their owners from both danger and heartbreak. You will find a friend for life in the Weimaraner; a dog that won’t let you down and that you’ll be able to take with you on all your outings and adventures, as Weimaraners rarely back down from a challenge.

There is a sense of elegance to the Weimaraner; it is a large dog that moves with grace, where every muscle on a properly exercised dog can be seen flexing with each movement. The silvery gray color is unique – something you are not used to seeing among canines – and it is no surprise that they go by the nickname “the gray ghost.”

It is almost as if they float by, despite their large size, and their noble nature makes them hard not to love. There is something about those large eyes expressing nothing but friendliness and loyalty, along with the silky velvet-looking coat, streamlined body and the long legs that stride with precision and determination.

The Weimaraner is an active and athletic dog breed, and they do best when living with likeminded humans, as they require both physical and mental exercise. An understimulated Weimaraner can become destructive due to boredom.

Common signs of this is excessive barking, digging up the yard, chewing on furniture and more, which can all be somewhat problematic since the Weimaraner is a large dog. They are strong and stubborn, and you are likely to get tired long before they do.

The breed has a prey drive that can sometimes get them in trouble. They were originally bred to hunt, so that is where it comes from, but they sometimes struggle to get along with cats and other small animals.

That said – some Weimaraners can learn to live in peace with especially cats, while others can never be fully trusted with small- and defenseless creatures. This is not something the Weimaraner can be blamed for, as it lies deep in their genes to hunt (and possibly kill) any small animal that they happen to cross paths with.

As a family dog, the Weimaraner is incredibly friendly, loving and loyal, and many first-time Weimaraner owners are surprised by their devotion to their human family members. They want to be where you are – all the time, and they will shadow you around the house and sit by your side even when you use the bathroom.

The Weimaraner is the poster dog for codependence, because, well, they just love you so much and they don’t want you to be apart. Ever. If you are not big on having your dogs following you around everywhere you go – the Weimaraner probably isn’t for you.

It is relevant to know that the Weimaraner is a highly intelligent dog breed, which makes them easy and fun to train! The downsides are that they become experts at escaping yards and even the house, as they may learn how to open doors, gates and where to dig to get access to the street.

Special care needs to be taken to make sure they don’t outsmart you, and you might want to keep a collar with a name tag (with your address and telephone number) on them just in case.

Their intelligence also makes them a little bossy, and unless trained properly – there is a risk they might end up running your household! You don’t want to find yourself in a situation where your dog decided how things are done, so sign up for puppy classes or adult dog obedience classes as soon as possible.

This magnificent dog breed should have long and strong legs, a prominent chest, a streamlined body ending with a tail that is sometimes docked in the countries where the practice is still legal; it has a muscular neck, a long face, and long soft ears.

The Weimaraner should be kept in shape as overweight could cause stress on the bones and joints, possibly resulting in an early onset of arthritis or other health concerns like diabetes.

The toes of a Weimaraner are webbed, making them excellent swimmers, they can have amber-, bluish-gray or gray eyes, and the coat will be any shade of gray. Some Weimaraners are born with a very cold and almost blue shade of gray, and this color is not considered correct and is therefore not permitted when participating in dog shows or responsible breeding programs.

How large they become usually depends on the parent animals, on other genetic factors, nutrition, and on the environment they grow up in, and it can sometimes be difficult to predict.

The life expectancy of this breed is approximately 11-14 year, which is the average for a dog their size. For a Weimaraner to reach a high age, it is crucial to care for them properly by providing healthy and nutritious Weimaraner dog food, daily exercise and to schedule regular veterinary check-ups.

History of the Breed

This dog breed originates in Germany, and it dates back to somewhere in the early 19th century. It is a relatively new breed that was originally bred to hunt large prey like bear, deer, and boar, and it was due to this that the breed had to be quick, silent when in motion, strong and agile.

It wasn’t until after World War II that the Weimaraner started becoming popular in the United States when puppies were brought over by homecoming soldiers who had been smitten by their endurance, friendly personality and impressive looks.

The Weimaraner Club of America was not formed until 1943, and it is the AKC club that represents this spectacular breed in the United States today.

The Weimaraner is one of the dog breeds known as “deep-chested dogs,” which makes it prone to the potentially life-threatening condition bloat. This can generally be avoided by not feeding the dog unnecessarily large amounts of food (it is better to divide the portions and feed smaller amounts several times throughout the day), by not feeding the dog right before- or right after exercising, and to keep an eye on their general health.

These dogs are also known for struggling with skin issues, and you may notice these appearing as patchy skin on their elbows, hair loss, itchiness or dandruff. Some dogs need special diets to combat these allergy symptoms.

Other than that, the Weimaraner is considered a healthy breed. They are not too prone to Hip- and Elbow dysplasia and they tend to reach an advanced age for dogs their size. This said, anything can happen, and the best way to keep your Weimaraner happy and healthy is to keep an open dialogue with your veterinarian and to go in for regular health check-ups.

Sharing your home with a Weimaraner is like having a human child, as they are great at demanding attention! They follow you around, tries to catch your attention by yawning and making funny faces, they will push you to come up with more challenging activities and they will be by your side 24/7 if you let them.

This is easy to put up with though, considering how loving and sweet the Weimaraner is, and how much loyalty and love they show those who treat them well. 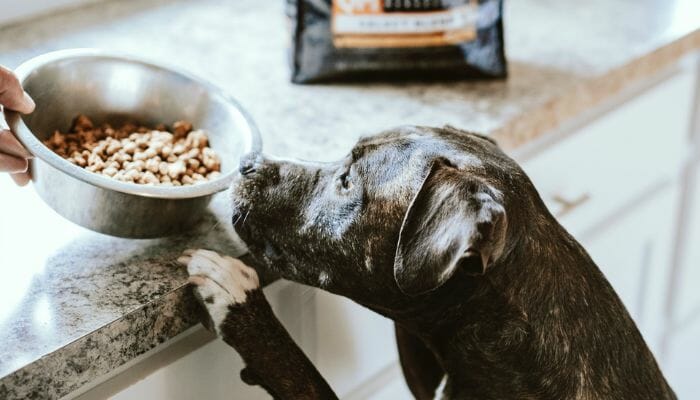 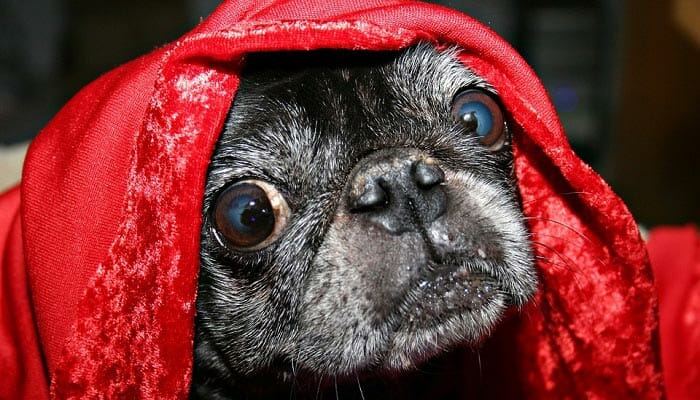