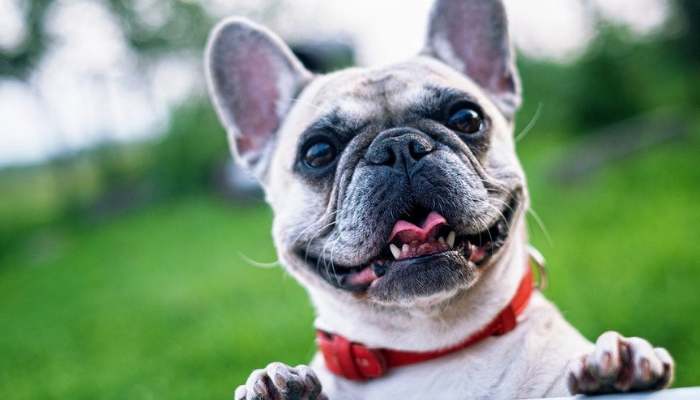 French bulldogs, or the Frenchie for short, are stout little dogs that aren’t known to be tall and lanky. But just how tall can one grow to be? What influences the height and therefore size of a French bulldog? They are considered small dogs for the most part with big personalities and high energy levels. Let’s take a look at how tall is a French bulldog and their distinguishing features.

Before we dive deep into the exterior appearance of bulldogs, let’s get to know the breed a little better. They aren’t quite as old as their larger English counterparts, but they are closely related. French bulldogs were first documented back in the 1800s, when breeders in England attempted to create a smaller version of the English bulldog. Thus, the French bulldog was born.

They were a huge hit and later made their way into France, and became immensely popular. It’s due to this immigration and soaring in popularity that they earned their name the French bulldog to distinguish themselves from the English ones. Now the nickname Frenchie becomes clearer than ever.

Just How Tall is a French Bulldog?

On average, if we measure any French bulldog off the street, they will be around 10-12 inches tall from paw to shoulder. The best time to measure a French bulldog is when they are of age, usually around 1 year old. Bulldog breeds aren’t generally known for their size, so a French bulldog height of around a foot tall is normal. Frenchies are considered small breed dogs but have quite a hefty weight.

Does Gender Influence the Height?

Similar to many animals including us humans, the gender will affect the height your Frenchies. How tall is a French bulldog male compared to a female? The average we listed above fot the height of a Frenchie still holds true for both males and females, with the girls being on the lower end of the scale and the males being on the higher end. Smaller females can be around 10 inches and some males exceed the foot tall threshold and can be 13 inches tall.

Just like with the height, how heavy the male and female Frenchie will vary as well. Since the males are larger, they are heavier as well.

What about the Puppies?

Like we said, the answer to how tall is a French bulldog shouldn’t be answered until your Frenchie is full grown. When the Frenchie puppies are newly born, they won’t measure more than about 5-6 inches in length. As for the height, they won’t exceed 3-4 inches tall. Of course, as the Frenchie puppy grows, he or she will also pack on the pounds and increase in height.

They key to ensuring a healthy development, you must feed your French bulldogs the best food possible if you can afford it. This means dog food that is high in nutritional content, low in unnecessary ingredients, artificial additives and preservatives. You can even look into supplements to add to their diet in case there are any deficiencies in the kibble.

When is My French Bulldog Fully Grown?

As said, this dog breed is considered a small dog. Small dogs usually reach maturity around 10-12 months, with Frenchies reaching their full size around the 12-month mark. However, this is largely referring to the height of the bulldog as Frenchies can continue to put on weight after that time, especially pregnant and nursing females.

Are there Different Sizes?

Are there different sizes of French bulldogs available? Yes, there are! Aside from the regular French bulldog that can grow to the said 10-12 inches, we also have the mini and the teacup sizes. As dog lovers, we can see the appeal of tiny dogs and they were certainly trendy years ago.

However, we want to take the time to point out that teacup dogs were bred through selection and can possess a ton of health problems. Aside from that, some breeders care more for the appearance than the health of their puppies, which is something we do not condone. When selecting a breeder, it’s important to do you due diligence.

It’s also worth it to note that the mini and teacup versions of the French bulldog isn’t recognized by the AKC. These dogs are so tiny they can be as small as a Pomeranian, weighing in at 5-8 pounds.

We Think You’ll Like: 15 Best Harnesses for Small Dogs

How Do I Ensure Healthy Growth for my French Bulldog?

We will stress that the size of your French bulldog is the least of your concerns. Dog parents should consider the health of their Frenchie above all else. It’s okay if you have the runt of the litter if your French bulldog puppy is happy and healthy. Sometimes having the biggest French bulldog means more medical bills. Their increased size can create problems in their joints and lead to mobility issues.

To make sure your French bulldogs are healthy, the best thing to do is to regulate their diet. Bulldogs are, unfortunately, a breed that can be prone to weight gain. Too much exercise can be hard on their barrel-chested bodies and stout stature. Other than dog food with the best ingredients such as ones with clearly labeled animal protein sources as the first listings, you also want to avoid artificial additives, preservatives, and fillers.

Daily exercise goes hand in hand with diet. So other than paying attention to what’s on the menu, you have to make sure your French bulldog is getting enough movement. While they don’t require virgorous exercise, they do need it daily. A brisk walk around the neighborhood or a game of fetch in the backyard would suffice.

One other thing that is devastating to many dogs and dog owners out there is the medical costs. Most people desire purebred dogs over mixed breeds, unless you have what is deemed a designer dog. But what most dog parents may not realize is purebreds have more congenital issues. If you have a purebred French bulldog, you will have the short end of the stick because as a dog breed, Frenchies are not known to be the healthiest.

French bulldogs have short snouts, which means they suffer from Brachycephalic syndrome. These dogs are not suited to fly, so you can kiss vacations with your pup goodbye for the most part. French bulldogs are also prone to other diseases such as high blood pressure, diabetes, heart issues and more respiratory illnesses. For this reason, if you have your sights set on a French bulldog, you may need to account for the vet bills.

Distinguishing Features of a French Bulldog

There are many types of bulldogs out there, from the more compact Frenchie to the larger English bulldog. So what sets these dogs apart? For one thing, Frenchies are known to have bat ears, a squarish head and a short flat snout. Their faces aren’t as flat as a pug’s, but still short enough to cause respiratory issues if they are overworked.

To contribute more to the stout stature of the French bulldog, they also feature thick and short necks and a wide barrel chest.

How tall is a French bulldog?

On average, a French bulldog is around 10-12 inches. There are always exceptions to the case and there are varying sizes available. Through selective breeding, breeders have come up with mini and toy versions that are 5-8 inches tall.

Yes, French bulldog males are bigger than French bulldog females. Just like with most animals, there is a bigger sex. The males can reach 12 inches and on while the females are around 10-12 inches tall. Due to their larger size, the male French bulldogs are also heavier.

French bulldogs become fully grown at around 10-12 months. Since they are a small breed, the Frenchie will generally mature around that time. That is also when they are at their tallest, but they can still fill out after that time.

How tall are Frenchies compared to other breeds?

The Frenchie is not very tall compared to other breeds. They are small dogs but very hefty for their smaller stature. Compared to giant breeds like a Bernese Mountain Dog, the Frenchie is quite small and easy to handle.

When do French bulldogs stop growing?

Since they are deemed smaller breeds, the Frenchie dog stops growing at around 10-12 months of age. This is quite standard for breeds within this range.

It is said that neutering and spaying your dog early can cause your dog to grow taller, and the same goes for the French bulldog. This is because doing so will delay the closure of growth plates, which will lead to a taller French bulldog.

Aside from healthy meals, your French bulldog also requires enough exercise to be healthy. A good way to ensure this is to dedicate some time to daily exercise, but make sure you don’t overdo it because they have respiratory issues because of a flat nose.

We Think You’ll Like: Best Harness for French Bulldogs 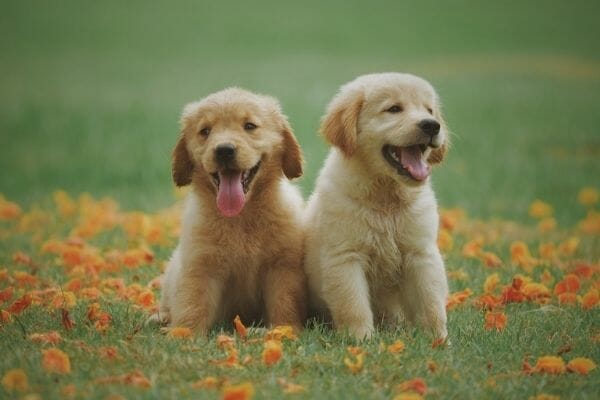 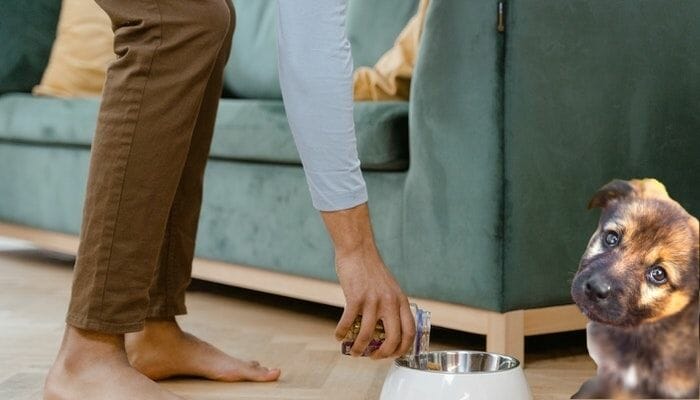