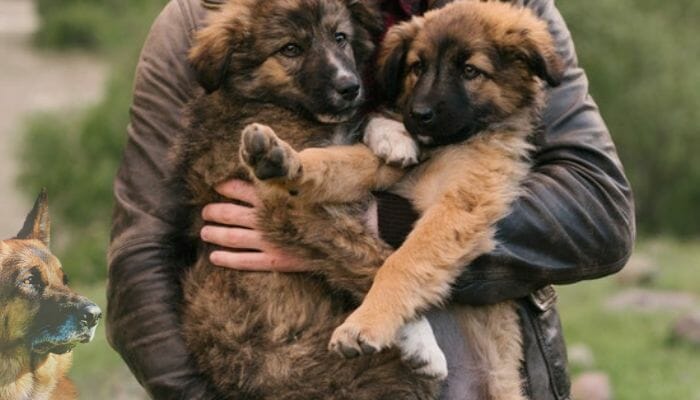 German Shepherds are the embodiment of man’s best friend. They are intelligent dogs that are by our sides in a variety of vocations, with police dogs being the most popular post for a German Shepherd. It’s only natural that we would want more of these dogs with us, which brings us to how many puppies a German Shepherd can have.

A Little About the Breed

It’s no surprise that German Shepherds originate from Germany. They are an ancient lineage of dogs that had its beginnings sometime in the 1800s. Their original role next to humans was to herd and protect. Much of this remains the same in modern day, as they are literally our partners by our side, protecting those in law enforcement.

German Shepherds even find themselves suitable for gentler and more compassionate roles as service dogs. There is no debate about the awesomeness that is the German Shepherd dog, so let’s dive into how many puppies can a German Shepherd have in one litter.

Exactly How Many Puppies Can a German Shepherd Have at Once?

On average, a German Shepherd can have 5 to 8 puppies in one litter. The exact number will depend on a variety of factors, which we will cover in a bit. There are always exceptions to the rule, and you can see German Shepherds have as little as just one single pup to up to 14!

If you’re eagerly anticipating the arrival of the German Shepherd puppy litter, or you’re considering breeding and want to make sure you have the resources to accommodate however many pups, then we have some indicators that can help you predict how many puppies your German Shepherd will have.

Remember that these are just helpful tips and the results are never definite.

What Determinds How Many Puppies a Dog Will Have?

There are many factors that determine the size of a dog’s litter, with the most prominent ones listed below.

Size of the Female Dog

If your female German Shepherd happens to be on the smaller side, then she won’t have the body capacity to handle a large litter. Look at the size of your soon-to-be pregnant German Shepherds. If the female dogs happen to be smaller, then there is a good chance there will only be around 5 German Shepherd puppies arriving.

Of course, your female dog’s litter will like increase inside if she is also on the bigger side. German Shepherds on the smaller end of the scale will be around 50 to 60 pounds for females.

Keep in mind that we don’t mean weight when we talk about the size of the female dog. An overweight German Shepherd does not qualify as a larger dog, it’s the frame that matters.

Age of the Female

You should also consider the age of the mother. Unfortunately, biology is unkind to many females within many species, humans included.

As females age, it’s less likely for them to get pregnant, have as many puppies, or ensure good health in their litters.

A dog reaches seniority at around age 7, so we advise against breeding close to that threshold or after. That being said, breeding your German Shepherd too early is also not good. The best range is between 2 to 5 years old with proper breaks in between if your dog has more than one litter, especially if it’s a large litter size.

Age of the Male

Just as with females, the health of the male’s sperm and the sperm count will also decrease with age. It could also make it harder for males to get the female German Shepherd pregnant over time. Therefore, the male dog also needs to be in his prime. For male German Shepherds, we suggest 2 to 5 as well for the best breeding window.

The health of both dogs will also impact how many puppies the German Shepherd makes. There are tests that the vet can conduct to give you a picture of the wonderful mother’s health. Make sure to take her to the clinic before breeding just to make sure she is in good physical shape.

Her diet should also change before, during, and after pregnancy. Leading up to it, your girl should enjoy a very high-quality diet with a good balance of protein, fats, and carbohydrates. What you eat is what you are, after all.

There is a chance that your German Shepherd may need additional supplements, but the vet should be able to determine that with accuracy.

We Think You’ll Like: 9 Best Dog Foods For German Shepherds in 2022

Inbreeding is encouraged in most species. In order to ensure a large litter size with happy and healthy puppies, you should avoid inbreeding. Inbreeding means the genetics of the father and the mother are too close. If you want more puppies, avoid inbreeding.

Make sure you have all the resources necessary to take care of large litters. Even if your dog has fewer puppies, making sure you have extra necessities will be helpful during the first few months.

How Many Times Can a German Shepherd Have Puppies in a Year?

The gestation period for German Shepherds is 9 weeks, but the mom needs adequate rest in between. At most, we would say a German Shepherd can have puppies twice a year, with once a year being more acceptable.

Being pregnant takes a huge toll on the mom’s body, and all animals need time to recuperate. In fact, it’s better to ask how many times can a German Shepherd have puppies in her lifetime.

The health and age of both the male and female are the two determining factors of litter size. Of course, you should also avoid inbreeding, and the size of the mom matters as well. Big dogs tend to have more puppies, as do younger and healthier dogs.

It’s important not to overbreed your dog. Being pregnant is places a ton of stress on the body, so all animals, not just dogs, need to rest in between or only be limited to 1 or 2 litters in her lifetime.

The German Shepherd is an excellent companion dog that has been by humanity’s side since the 1800s. 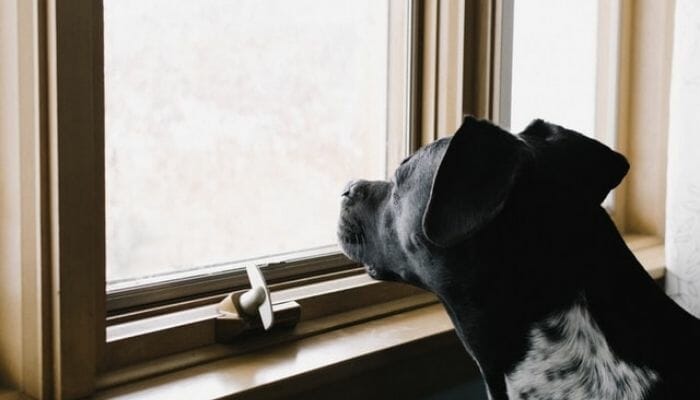