There have been many frightening stories concerning Rimadyl and the numerous side effects it poses. Are you aware of these dangers? Generally, this could be the reason why most people are looking for a substitute to help their dogs deal with swelling and chronic pain.

The following article examines the good and the bad of Rimadyl. It also introduces a natural substitute which is very effective and is 100% safe for the body whether it is given in huge doses or not.

Carprofen is the main drug with a compound known as Rimadyl, It is in the class of analgesic medication that is used to reduce pain, fever, and inflammation.

Dogs are prone to arthritis and thus swelling is common to them. Veterinarians suggest the administration of Rimadyl to ease their suffering. However, it is good for severe pain in general.

Rimadyl undergoes the same process with drugs such as aspirin. It works by blocking chemicals in the body that are responsible for inflammation. The non-steroidal properties if Rimadyl work to deal with joint swelling while the numbing properties work to stop chronic pain. The enzymes responsible for swelling are known as COX-1 and COX-2.

Inflammation only takes place in the presence of these two enzymes. COX-2 produces a group of fatty properties which are commonly referred to as prostaglandins. They form around the inflammatory prone areas of the body which then causes severe pain.

The properties produced are responsible for curbing chronic pain and fevers which is usually common with swelling. Carprofen works to block cox-1 and COX-2 enzymes, therefore, reducing the swelling and numbing effects.

Is Rimadyl Safe for Dogs?

Pet owners are confronted with this question more often. Numerous evidence will attest to the fact that it is great for use and it is a kind of medicine that can be handled by most pets. It will explain how the compound has little or no side effects.

This does not mean that there are no side-effects shown by pets who were given Rimadyl. In fact, a lot of pets have reportedly shown a series of side effects when given the drug.

What is the conclusion? Is it safe to use Rimadyl on dogs? It is dependent on a number of factors and also on the pet.

Pain experienced from surgery and arthritis react well to Rimadyl, therefore, rendering it the most efficient drug for the condition. It is also said to cause minimal side effects making it very easy to be handled by the said pet.

Out of so many pain medications in the market, it is the most bought. It is however very important to note that Rimadyl causes a lot of harm and cannot be brushed off as a harmless drug.

Similar to the way Nonsteroidal drugs have severe side effects, Rimadyl too has its own. This is as shown in our list below.

Depending on how severe the side effects of Rimadyl are, it might not be the best treatment alternative to use for your dog. This is keeping in mind that they may be suffering from something such as arthritis.

It is noteworthy to note that all dogs do not react to Rimadyl in a similar manner. Given that the drug may produce limited side effects, there are dogs that might be in a position to handle it better. Some dogs, however, might exhibit severe reactions to this drug.

We shall go through some of the severe side effects of this drug and offer pointers on what to keep in mind while making the decision on what drug to administer to the pet. It is good to have in mind that all pets do not react to certain drugs in the same way. It depends on dosage and the severity of the effects.

Just like other non-steroidal drugs, Rimadyl exhibits a number of minor side effects.

The side effects include:

An increase in weight gain and retention of fluids.

An increase or decrease in thirst

It can also lead to advanced side effects which are inclusive of:

+ Gastrointestinal ulcers
+ Seizures
+ Weakness as well as severe cramping
+ Damage to the kidney and this can be severe or even fatal.
+ Sudden death

You might be in a state of shock after reading this. You have a question in mind:

Why would this drug be in stores if it is responsible for all these side effects?

An article by the name Dog’s Naturally explained that:

“Majority of the dogs  do not have an issue with Rimadyl with an exception of those who do.”

That’s the truth of the matter:

Some dogs receive fast, efficient relief from pain and swelling from Rimadyl. This improves the quality of their lives greatly.

Some other dogs react negatively to the drug which can even lead to their death if not monitored well.

Pet-owners and veterinarians were in the forefront in the marketing of Rimadyl when it was first introduced into the market.

However, due to its severe effects on some dogs, some of its attractive advertisements are long gone.

In relation to the article I talked about above, that was first published on The Wall Street Journal Chris Adams a reporter takes us through the number of pets that have died from an abrupt reaction to this drug.

Dogs such as Montana initially showed great results when administered with Rimadyl.

After six months, this dog started having a low appetite.

Immediately after, she did not have the strength to walk, suffered from seizures and this was followed by her death. She could not handle the side effects.

When an autopsy was conducted on her, it showed that the Rimadyl had caused liver damage due to its adverse side effects.

According to the reporter the owners of the pets that had died as a result of the drug were tried to be compensated by the drug making company.

In light of this, the brand was mandated to end its advertisements. However, it refuted claims that death was a side effect of Rimadyl.

Amidst all the controversy, this drug is still being sold and it’s still prescribed on a regular.

It should be on sale since it is still efficient, with regards to the FDA in the United States. However, veterinarians should be more careful when administering it.

Currently, people are convinced that the number of pets that exhibit poor reactions to this drug is still small.

Note that the above are just statistics.

Autopsies are not always done to most pets when they die therefore not ascertaining their cause of death.

Majority of the dogs that are using Rimadyl tend to be old which means that their cause of death could possibly be something else.

Tips Before Using Rimadyl With Your Dog

When your dog is suffering from severe swelling and the veterinarian suggests Rimadyl, think about the following before administering it to your pet.

1. Rimadyl (or other NSAIDs) should not be your first choice for treating arthritis and pain in your dog.

As a pet owner, it is important to try other types of medication before experimenting with Rimadyl.

Dasuquin. Which contains ingredients and supplements such as glucosamine and chondroitin. This contains avocado and soybean extracts which serve to take care of your pet’s joints.

Free Form, It is available in both liquid and tablet form and has a high level of concentrated omega-3. It helps to reduce swelling and inflammation. The capsule can be used orally but the liquid can be used as an ointment.

There exist other safe substitutes to Rimadyl which include medications such as Adequan or tramadol.

2. Don’t use multiple anti-inflammatories together.

It is safer to use one drug at a time and not mix them all up.

The administration of multiple drugs does not allow you to determine which one works best and which one doesn’t.

It is good to rely on one type of medication and find a solution if it does not give you the desired results.

3. Test your dog before and during treatment.

Ensure that before administering a new form of treatment to your dog, you should take tests to examine them first.

Perform regular examination as they undergo their treatment.

This will enable you and the veterinarian to decide on what works best for your dog.

The alternatives mentioned above work best than natural substitutes as they do not exhibit very grave effects.

The 4 Best Rimadyl Alternative for Dogs

The following are well-known substitutes to Rimadyl:

Details of all these supplements can be found in my article on the best natural anti-inflammatory for dogs.

They may be well known but not always efficient.

It is found in South and Central America and is said to contain anti-inflammatory compounds.

Although it is said to work as effectively as other types of medication, it also contains some side effects. It is therefore important to use it for short-term treatment. It is, therefore, a top choice for pet owners.

They are very popularly used in pets and humans too.

In case your dog is suffering from a problem with its joints this should be a supplement put into consideration.

However, searching for more information will lead to some form of controversy about the supplement and its effectiveness.

In conclusion, it may not be as effective as we are made to believe.

With all the information out there, people still get good results with Glucosamine, therefore, concluding that it’s natural and safe. I came up with a complete list of glucosamine for dogs and you can check this out from here.

It better is known than glucosamine.

It is possible that you could be having some at home.

Since it is documented in the health and wellness niche, individuals have resorted to administering it to their pets for pain relief.

However, the information about fish oil has been quite discouraging in recent years. There are reports of supplements and oil of very poor quality in the market. Therefore it might not be very efficient in replacing Rimadyl.

This is so far the best-rated substitute for Rimadyl and non- steroidal Drugs in the market.

Am sure you have heard about its health benefits.

Are you aware that this is by far the best anti-inflammatory natural supplement?

Some studies attest to the fact that cannabidiol is better than normal non-steroidal drugs found in humans such as ibuprofen and some pain-relieving drugs.

TriOasis Wellness Center released a video where Medical Director Dr. Phillip Blair explores the benefits of using CBD oil to help with inflammation. He explains that it can help in the following two ways.

CBD has numbing and soothing effects on the parts of the body that are experiencing inflammation.

Secondly, the doctor explores how CBD inhibits the production of some compounds such as cytokines. These are usually responsible for regulating soreness in the body.

The study behind CBD and its ability to reduce pain is very complicated. Researchers do not comprehend how CBD processing is done by the body and the effects it is able to produce.

Research indicates that CBD is responsible for reducing pain and swelling in some conditions.

These conditions include those found in the gastric areas, arthritis and even skin conditions.

Even when administered in large quantities, CBD is safe from toxicity due to its natural nature.

In need of more info? You can check out my safety page here.

If your pet is suffering from arthritis or any joint condition, read my article on CBD for dogs with joint issues to get alternatives on which products to use to assist your dog during such times.

We Think You’ll Like It:
Benefits And Side Effects of Glucosamine For Dogs 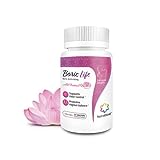 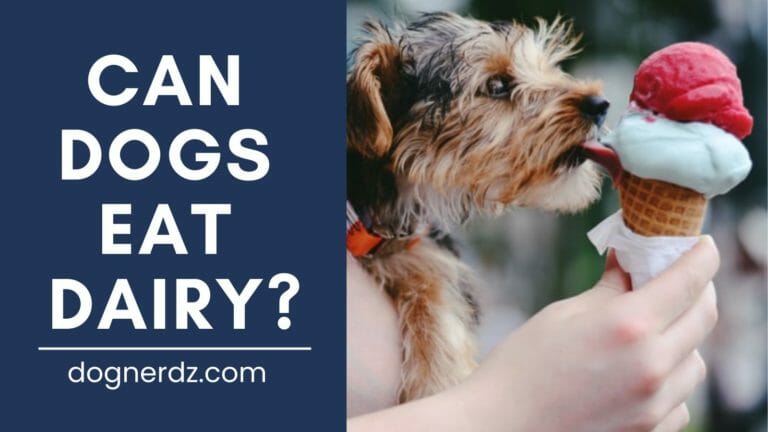 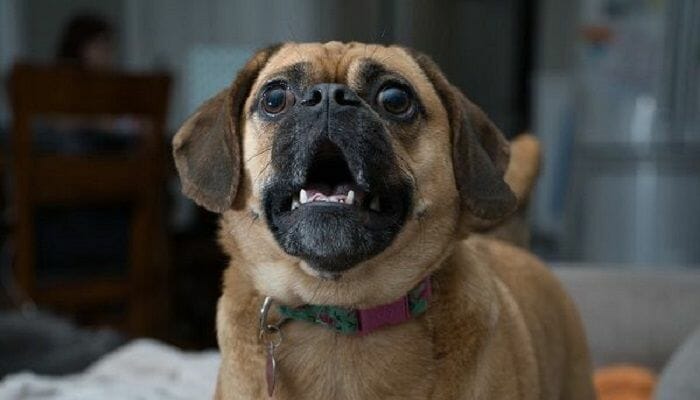 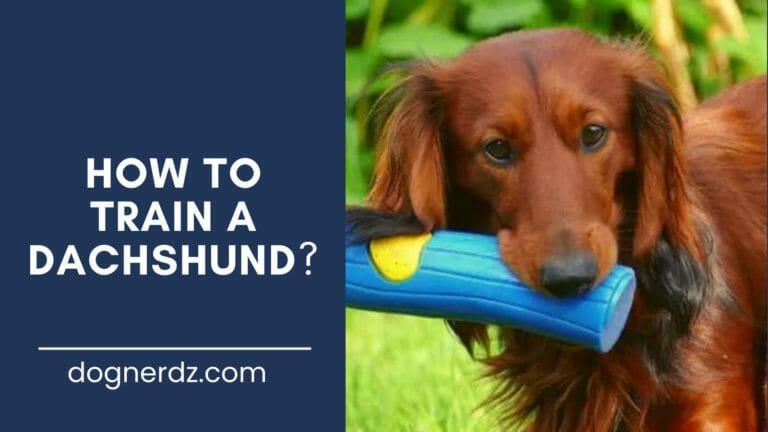 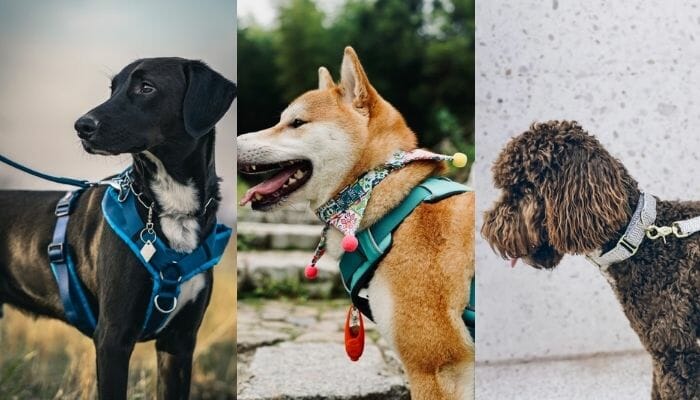 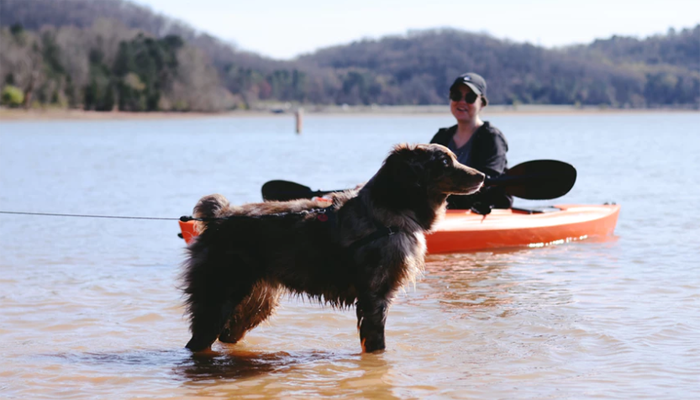 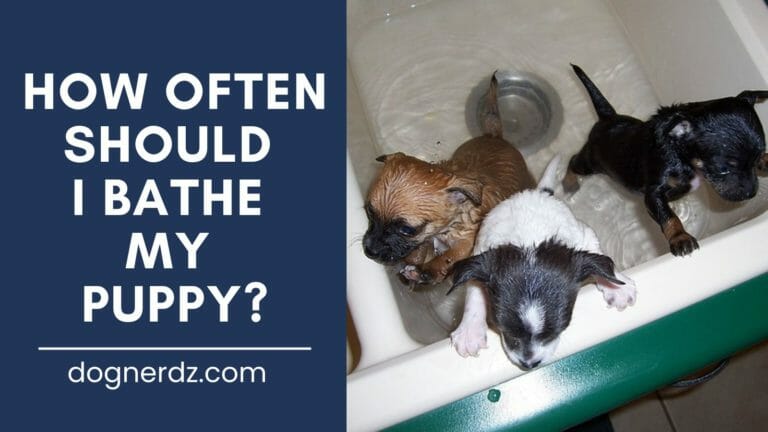