Traits like faithfulness, companionship, security, and love have awarded an imperative position to dogs worldwide. No doubt, in Western culture, the association between dogs and humans is given prodigious importance.

However, in specific parts of Asia, dogs are not treated with such esteem. Regardless of different facts, humans all over the world have soft feelings for dogs.

Similarly, our love for bears is also noteworthy. Our children love to play with toy bears like teddy bears and pandas. This behavior reveals our unconscious affection for both dogs and bears.

After seeing breeds like the Tibetan Mastiff or Saint Bernard, many people wonder if dogs and bears are related. If you are one of those people, then this article is for you.

The answer to this question depends upon the perspective. From one perspective, dogs are not closely related but somehow related to bears. If you look at it from a different angle, dogs and bears are not related to each other.

Let’s dive into history to gain a better understanding!

History Of Bears And Dogs

History relates the man’s best friend to bears. Scientists classify organisms in groups and subgroups in a specific hierarchical manner. This classification is based on their structural similarities and differences.

The science of classification or taxonomy is an authentic tool to analyze relationships among morphologically similar or dissimilar organisms.

Bears also share most of the taxonomic positions with dogs until Suborder Caniformia. The only divergent position of bears from dogs is their family named Ursidae. Despite sharing common groups, dogs and bears are not close relatives. They cannot interbreed, which puts them far away from specific boundaries.

Animals of Caniformia order have long jaws and specific dental arrangements for meat piercing and eating. They have adaptations to chase their prey quickly. In addition to this, they are opportunistic carnivores. They also tend to be omnivorous. In comparison, members of Feliformia (cat-like) are obligate carnivores except for viverrids.

Among Caniforms, foxes, dogs, coyotes, and wolves are placed in the family Canidae. These are the most social animals as compared to other Caniforms.

You will be pleased to hear that dogs were the first animals used for domestication about 15000 years ago. This longtime human friendship had trained dogs to survive even on starch diets that might be derisory for other members of Canidae.

Before we move further, let’s take a moment to discuss what domestication is. Human control over animal care and breeding is known as domestication. It is a long-term process resulting in structural and behavioral changes in an animal. Interestingly, after such a long journey, dogs did not lose their primary characteristics as a canid.

On the other hand, bears, being a close evolutionary relative of dogs and members of Caniformia, have their own identity. Bears belong to the Family Ursidae, which is the largest group of land inhabiting Caniforms. Present bears have bulky bodies, stout limbs, bushy hairs, extended snout, tiny tails, and paws with non-retractile claws.

Feeding Habits Of A Bear

Let’s have a look at a bear’s feeding habits. Amazingly, polar bears living in the arctic region are obligate carnivores that love to dine on seals and fish. At the same time, the giant panda adapted to an herbivorous lifestyle with strong teeth and jaws to feed on bamboo shoots.

In addition to this, another member, the sloth bear, developed an elongated snout and strong claws. It feeds on termites and ants along with honey and fruits as deserts. Now let’s examine some behavioral similarities in both these evolutionary relatives.

Behavioral Similarities Between Dogs And Bears

Bears are great social creatures with an intellect analogous to that of the chimpanzees. They usually share resources and companionship. They practice grading in their groups and have organized kinship relations.

We always imagine bears as fierce and unpredictable creatures as portrayed by the media in movies. In reality, this is not so.

People in association with bears from Ellie Lamb, Bear Viewing Guide say that Bears are nothing more than gentle giants. They noted that even empathetic behavior is noticed in them. In another statement, they said that bears are as antisocial as perceived. Bears are thoughtful, gentle, and intelligent beings who love their offspring fiercely. The harmony between a mother bear and her cubs is remarkable.

Meanwhile, the best-ranked domesticated animal due to its social aptitude is the dog. By nature, dogs are pack animals that love to live in their territory. Male members mark their boundaries of the domain by urinating. No intruder is tolerable by them.

Dogs have five senses like humans and are a product of innate and acquired behaviors. They are born with intelligence that can be tamed in domestication. Dogs are also working as good assistants to men in a variety of fields.

Mother dogs show instinctive care to their litter. Puppies rely on dams for heat and nutrition as they are born deaf as well as blind. The dam provides milk and guards young ones against all, including other dogs, by keeping them away from the litter box.

Significant Differences Between Dogs And Bears

Similarities Between Dogs And Bears

Most of the similarities you will see between these two animals will be primarily based upon looks. Here are the reasons which confuse many people into thinking that bears are related to dogs:

As we can see, there are more similarities than differences between dogs and bears, but technically speaking, they are not related.

What Are Bear Dogs?

Are you hearing about these creatures for the first time? It is because these species became extinct around 10 million years ago, according to studies. These creatures were one of the early members of the Caniformia order.

The history of these creatures that look like a hybrid of a dog and a bear goes back to 23 to 55.8 million years ago. They roamed the earth when temperatures were around 85-88 degrees Fahrenheit and the planet was covered in thick vegetation.

According to the studies, these creatures were built like bears and had body proportions of dogs. It is probably the only reason why they were termed Bear Dogs. The origin of these creatures is considered to be North America. Reports state that some of them were as large as a polar bear.

The reason for their extinction is stated as the emergence of big cats, bone-crushing dogs, and hyenas. Another reason is climate change.

What About Karelian Bear Dogs?

Now you might be wondering that this dog has to be a link between bears and dogs. Sorry to burst your bubble, but these are just ordinary dogs with a fancy name. Neither these dogs are a direct descendant of Bear Dogs nor a hybrid of bears and dogs.

These dogs are the result of breeding between black and white dogs of Russia’s Karelia territory. The purpose behind this breeding was to get a dog with a big loud bark and enhanced sturdiness. This is how Finland’s top dogs, Karelian Bears, came into being.

They were bred for security and hunting purposes. It is why they can be well trained to be rescue and search dogs. These sturdy dogs also act very well as sled dogs. Being all that said, now let’s discuss the animals that are genuinely related to dogs and bears.

As we have discussed earlier, most of the predators that don’t fall under Feliformia, are closely related to dogs. These are the animals that have a direct relationship with dogs:

This was a list of animals that are directly related to dogs. Many animals might look like dogs, but there is no guarantee that they are closely related to them.

As mentioned earlier, bears belong to a family of bear-like mammals called Ursidae. Here are some members of the family that are directly related to each other:

This article found that these equally adorable animals, dogs, and bears are not related to each other. They share similarities in their looks and evolutionary history, but today, they are very different creatures. 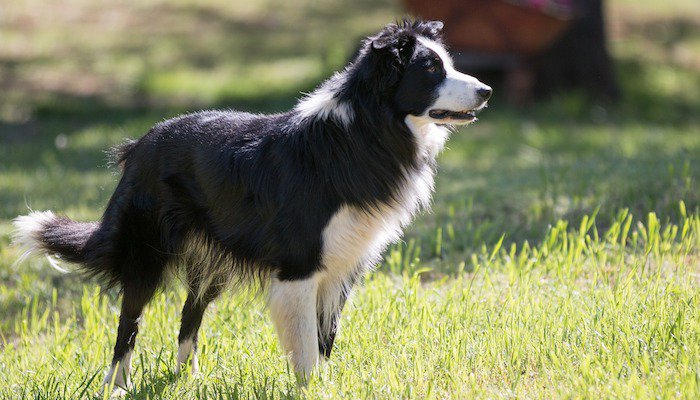 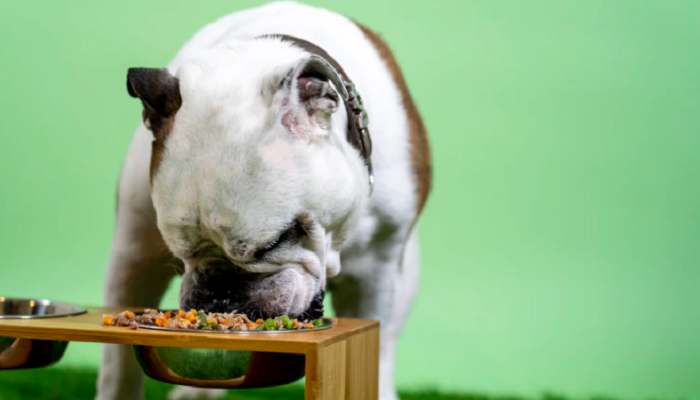 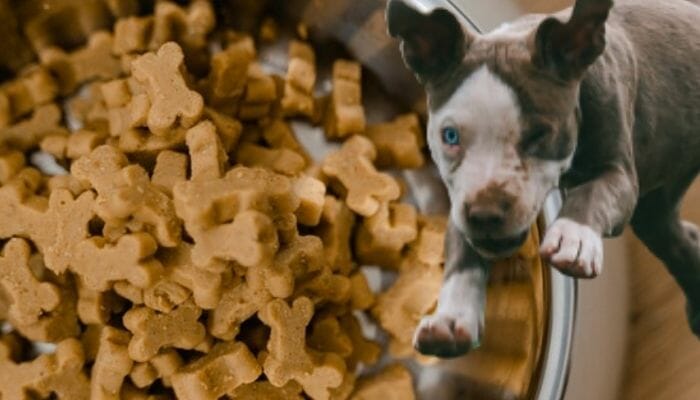 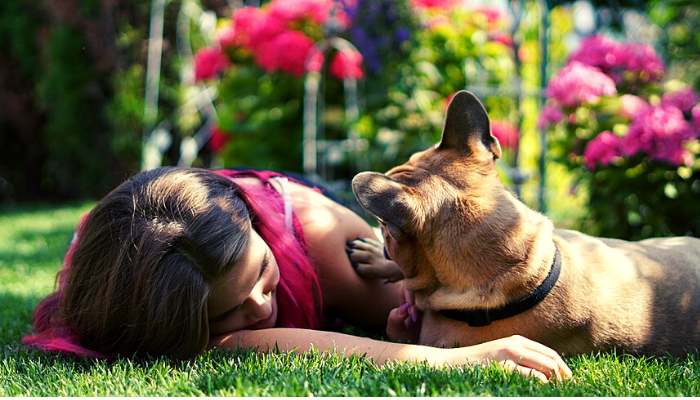 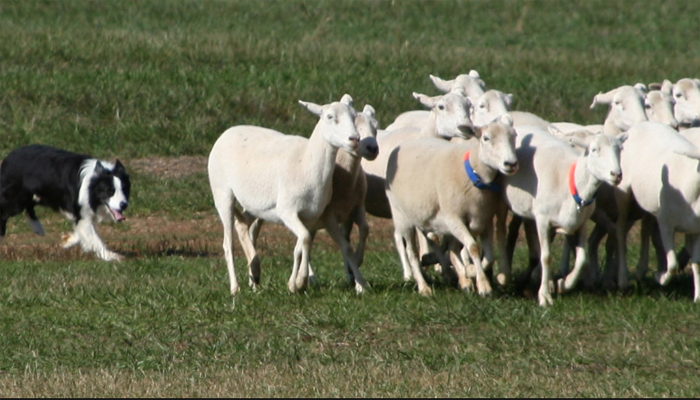