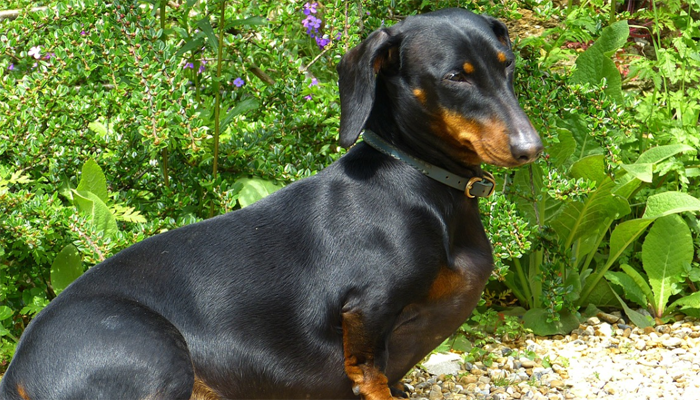 If you are a big Dachshund lover, there is a great chance you might already know some (or all) of these things, but if you are new to the breed – there are probably still a few things you could learn about these adorable dogs!

Dachshunds are small, short-legged and charming; they have long backs and personalities that are larger than life! While the dog was originally bred for hunting, it has since become a popular family dog in various parts of the world.

It is hard not to love a Dachshund – they’re simply too cute – but let’s have a look at some fun facts about the breed you might have never heard before. This might not help you decide whether the breed is right for you, but it is the knowledge you can impress (and entertain) your neighbors with whenever they come over. 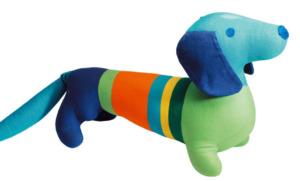 The Olympics had an official mascot for the first time in 1972, during the Munich Olympic Games, and it was a Dachshund! The dog was multicolored and called Waldi, and the marathon route for that year was plotted by Olympic officials to have the shape of a long and short-legged Dachshund.

2. They Come in Two Sizes

All Dachshunds are not the same – not even in size! There are two official sizes bred by professional breeders, where one is called a Standard Dachshund and the other is referred to as a Miniature Dachshund.

The miniature dogs weigh only about 11lbs or less, and the standard variety will usually weigh up to 35lbs, and it was the version that was used for its original purpose – to hunt badgers. 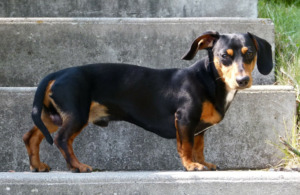 These small and funny looking dogs were originally bred to hunt badgers, which may come as a surprise to those who are used to seeing the Doxie as a friendly little family dog. The truth is – the breed can be fierce and surprisingly brave, and their short legs keep them close to the ground to pick up scents and makes it possible for the dog to crawl into narrow burrows to track down the badger.

The most common and well-known Dachshund is the smooth-haired variety, and it is also the original coat Dachshunds were first bred with. It is believed that some other breeds were brought into the bloodline to create the wirehaired- and the Longhaired Dachshund, and today there are three recognized coat types for the breed. 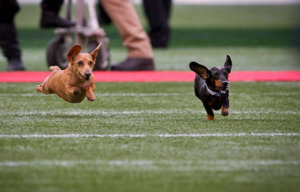 Most people have heard of Greyhound races, but have you ever heard about something called a Dachshund race? While it sounds like a joke, Dachshund races are a real thing, and they are held in various locations all over the world.

It was in the 1970s, in Australia, that this “sport” was first created, and since 1995 you will find the Wienerschnitzel Weiner Nationals hosted in Southern California every year. The sport isn’t really a sport, and more of a game that is held for fun, and it can be really entertaining to watch!

6. First Cloned Dog in the UK

Cloning a dog is incredibly expensive, but a British dog owner won a contest to have this $60,000 procedure done for free. A sample was taken from her dog Winnie – a Dachshund, and it led to the first successful cloning of a dog in the United Kingdom.

You can say what you want about cloning, but Winnie the Dachshund can now say that she is the first UK dog to have been cloned into an identical (yet younger) copy!

It is a fact that small dogs tend to live longer than large dogs, but it seems like the Dachshund can sometimes live surprisingly long even for a small breed pup! Guinness World Record lists various dogs that have reached an advanced age, and two of these are Dachshunds, and a third is an adorable Dachshund mix! If you want to look this up, you can find these three dogs as record holders for 2009, 2010 and 2013.

Let’s face it, they have a bit of an odd name, and even if they go by nicknames like Weiner Dog, Doxie, and many others – Dachshund is their official name. The origins of this name are easily explained, and you can break it up in two parts.

The word “Dachs” is German for Badger – the animal the breed was bred to hunt – and “hund” is the German translation of “dog.” In English, this means that the breed should technically be “Badger dog,” which is very telling in regard of the breed’s history and what they were originally used for.

9. The Smallest of All Hounds

When we think of Hounds – big dogs like the Bloodhound is often the first breeds to come to mind, but did you know that the Dachshund is the smallest breed to be AKC Hound Group?

They are genetically extremely similar to the Great Dane, for example, with the same number of bones and a DNA profile that is almost identical. Considering their difference in size – this may come as a surprise.

10. Once Bred with Longer Legs

The Dachshund’s legs were not always as short as we are used to seeing them today, and they originally had longer legs and shorter backs. It is debatable why they have come to look the way they do now, but Dog Shows are believed to have had something to do with why breeders started breeding on parent animals with shorter and stubbier legs and extender backs.

Dachshunds – A Breed Full of Surprises

There we have it, 10 facts you might not have known about Dachshunds before you came to read this.

It is a fun dog breed suitable for both seniors and families with children, and the next time you see someone walking a Doxie – perhaps you can share one (or two) of these facts to see what they say?

Will they be surprised, or do they already know everything there is to know about the breed? Did you?

We Think You’ll Like:
12 Best Dog Food for Dachshunds in 2022
Do Dachshunds Shed 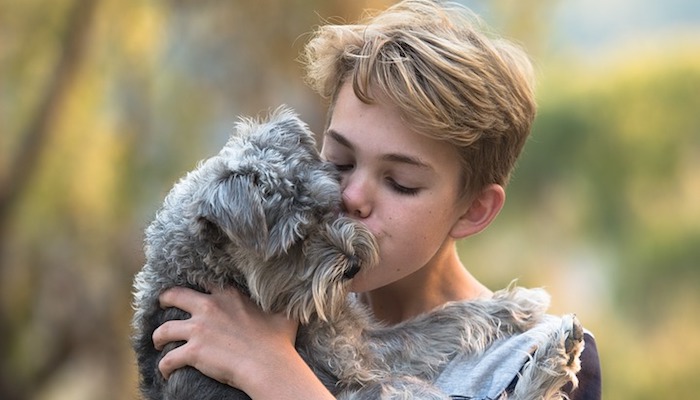 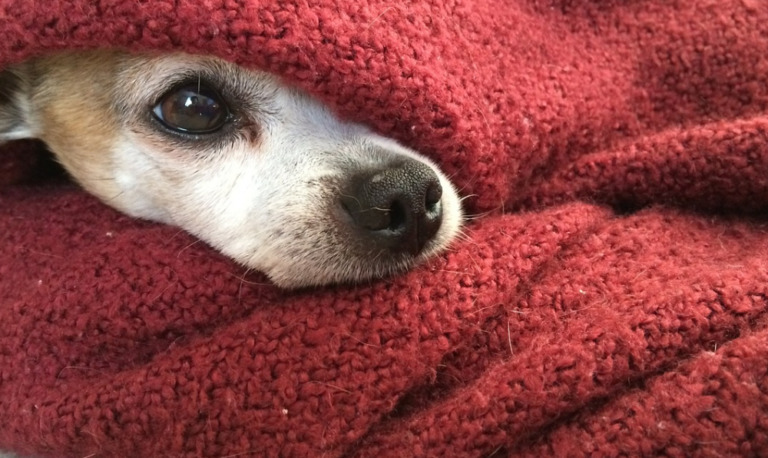 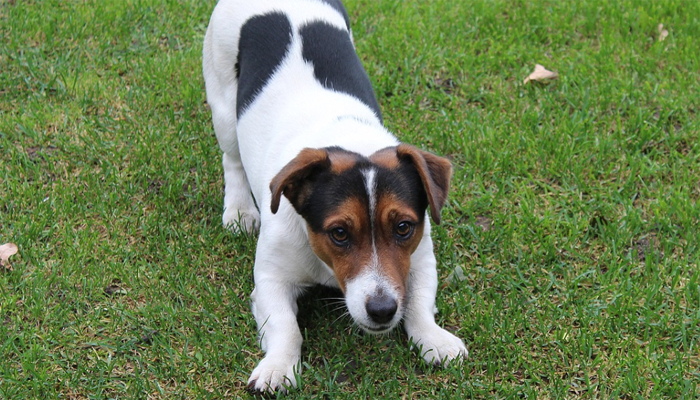 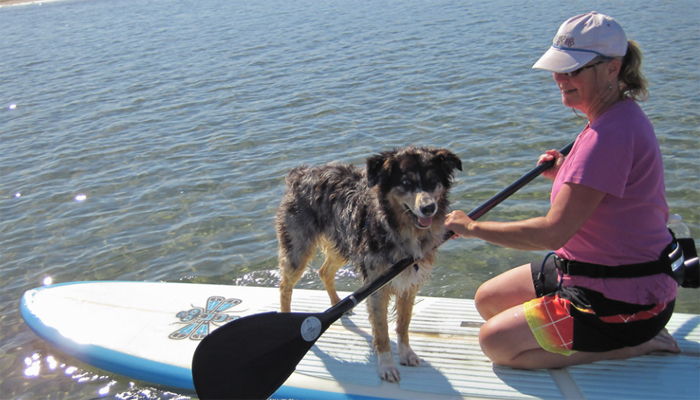 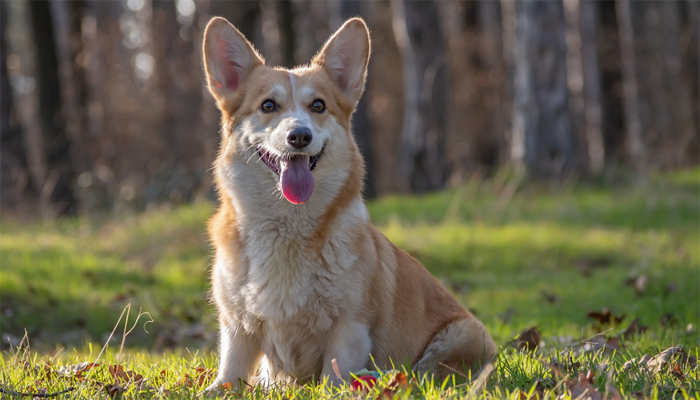